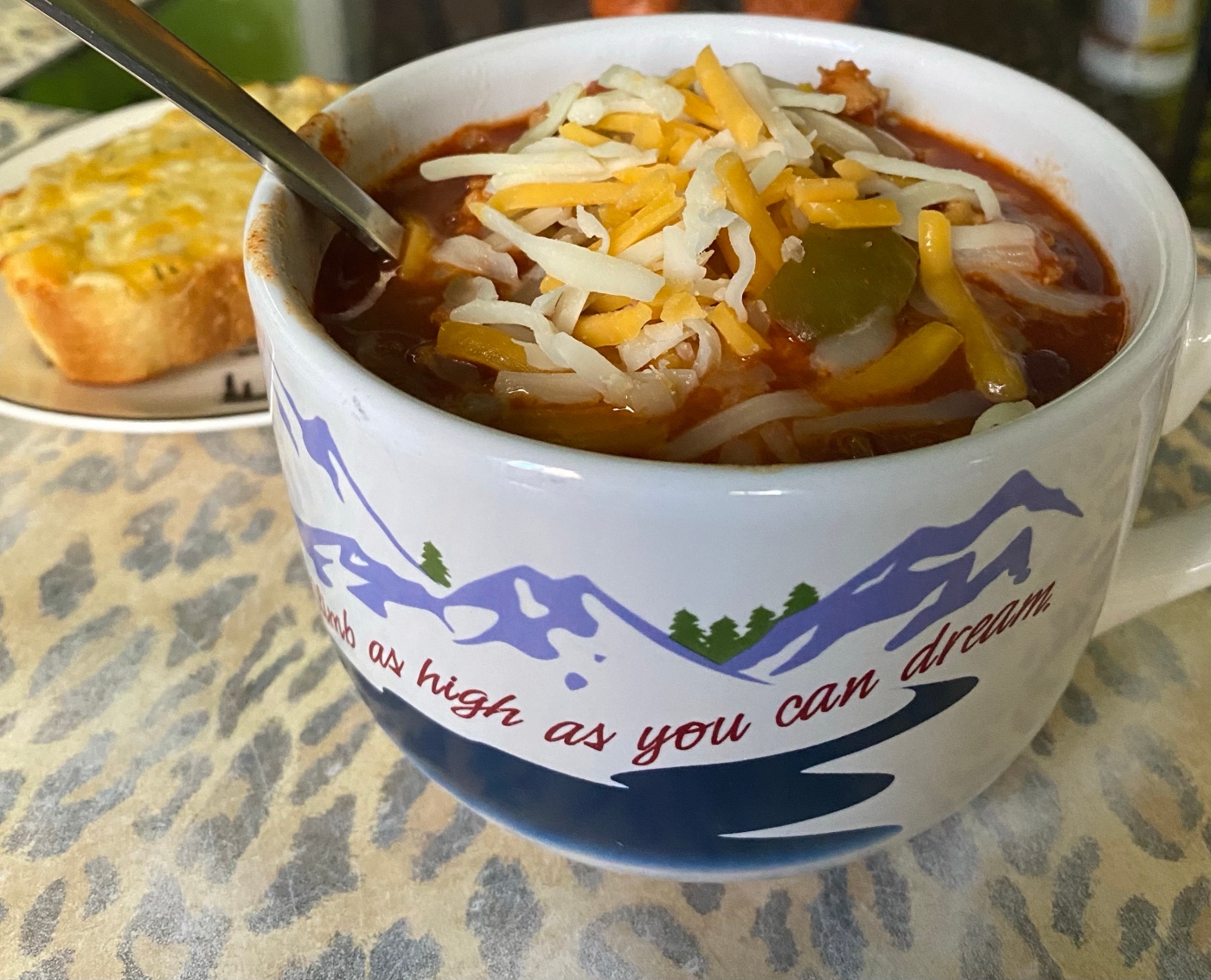 It’s been delayed, but looks like fall has finally arrived in Charlotte! Which means, it’s soup season. I guess chili isn’t technically soup, but it’s soup-like, so it fits the bill. Last week while at Aldi wandering around the aisles, I picked up a chili seasoning packet and all the ingredients needed to make chili. I hadn’t made any in years, so I was excited to make a batch. I basically followed the directions on the package but added a little extra razzle dazzle to the ground chicken. I added half of a yellow onion, green bell pepper, and 2 cloves of garlic to the skillet while I browned the meat. I also added some seasoned salt, garlic powder, adobo, onion powder, and pepper. I used one can of kidney beans and 2 cans of diced tomatoes. I also pureed 1 can of the tomatoes and it turned out perfect! The instructions on the package says 1 can of diced tomatoes, but that wasn’t enough liquid, so definitely use 2!

Definitely recommend this recipe, and let me know when you try it. What other new recipes have you guys tried lately, and are you as excited as I am about soup season?!