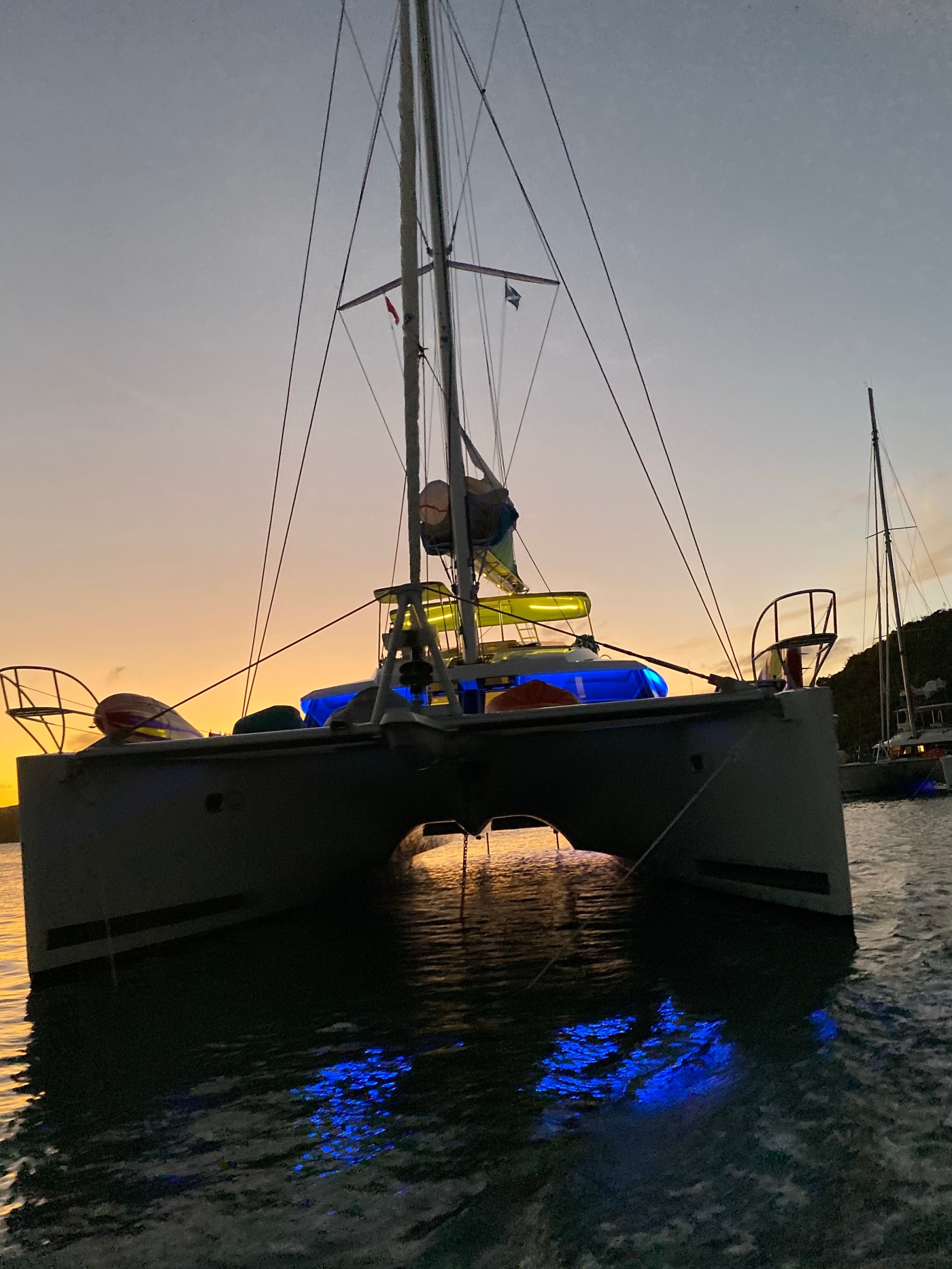 It’s been about a month since we got married. Yay! We went to Antigua for our honeymoon. The island is simply beautiful. I have nothing but great things to say about it, especially the beaches. There are 365 beaches on the island. One for every day of the year. How amazing is that?! But, the not so amazing part of our honeymoon was where we stayed. We decided to live on the wild side and try something new. We booked a cabin on a catamaran, which in theory sounds fab and adventurous. It was for the most part, but the sea sickness was no joke. Both of us felt horrible for the first day. But mine continued on for the first three days. Hubby loved every minute of the experience because being out in the middle of the ocean is a swimmer/snorkeler’s paradise. I on the other hand do love the water, but I like to just look at it and maybe dip a toe in. 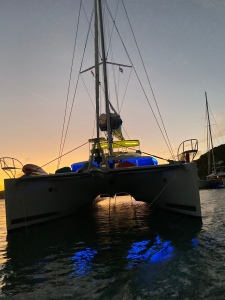 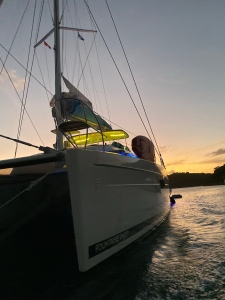 The interior was also very nice and felt like home.

There were four cabins on the boat. We assumed that we would be vacationing with three other couples, but nope. We were with a family. A whole other family. It kinda felt like we were on their vacation. Awkward! I think they felt a little bad as well since it was our honeymoon, but we made the best of it.

We had all meals on the boat, except for two dinners. Alice was the stewardess and cooked all the meals. At the end of the vacay, I was super duper tired of all of the healthy food. If she had given me one more bowl of quinoa, I said that I was going to throw it at her! Also, I don’t eat beef, and three of the meals included beef. That’s one thing I didn’t really love. We didn’t get a choice for meals and everything was family style. So the family we were on the boat with shared all meals with us. Lots of hands in the food which grossed me out. However we did have unlimited drinks. The two meals we did have off the boat were quite delish. I wish we could of had more meals like those because they were local and we love Caribbean food.

At times I wanted to literally jump ship because I was over being outside. We were literally outside from sun up to sun down and my skin paid the price. You didn’t have the choice of going inside during the day to chill out because the air was turned off during the day…there was also no tv or WiFi. You were literally cut off from the world in that way. Kinda nice at first but then I missed knowing what was happening in the world after a few days.

So despite all that, otherwise we had an awesome time…off the boat. Here’s some of my favorite pics. 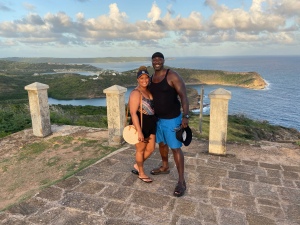 Hubby also caught a fish on the boat while we were out at sea. 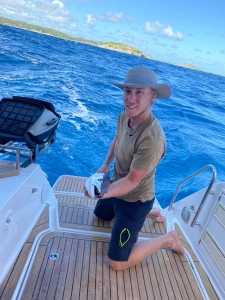 Overall we absolutely loved the trip. We got to see a lot more of the island had we been on land. But I’d never ever in life do this again. Hubby would definitely do it because he loved being able to swim in the ocean whenever he wanted. But I prefer a land based vacay. If you’re interested, the company is called Tradewinds. Let me know if you have any questions if you decide to give it a go for your next vacay!